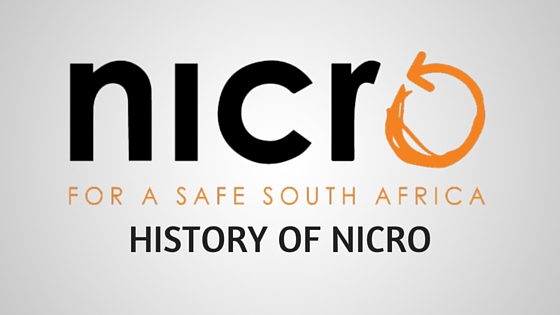 NICRO was founded by Justice Mr J de Villiers Roos on September 6, 1910 as the South African Prisoners’ Aid Association (SPAA), the first countrywide organisation of its kind providing assistance and after-care support services to prisoners and their families. Prior to this, the Salvation Army, as part of their activities, provided accommodation for released prisoners.

More than 100 years later, NICRO has changed its name and image, pioneered diversion and non-custodial sentencing in South Africa, helped launch probation services and community services and otherwise made a significant contribution to the welfare of all South Africans.

Download the NICRO ‘Circle of Achievements’
1910
The establishment of the South African Prisoners’ Aid Association (SPAA) in Pretoria
1910 - 1912
SPAA branches open in Durban, Cape Town, Pietermaritzburg, Johannesburg, Bloemfontein and Kimberley
1918
Following SPAA’s energetic efforts, probation services are introduced for the first time and one Probation Officer and two Inspectors of Apprentices are appointed
1935
The South African Prisoners’ Aid Association and the Probation Association of South Africa (established in 1932) amalgamate to form the Social Services Association of South Africa (SSASA)
1935 – 1959
The Prisoners Friend Service, the forerunner of the current independent Prison Visitors initiative introduced by the Office of the Inspecting Judge of Prisons, is introduced and by 1959, is operational at 16 courts
1938
The first trained social worker is appointed in Cape Town
1952
Prison Sunday: 4,000 churches and faith groups participate in the first official Day of Prayer for Prisoners
1960
The Prisoners Friend Service is taken over by the Department of Justice following recommendations by the Lansdowne and the Du Plessis Commissions
1961 – 1990
Countrywide expansion of service which include research, crime prevention, awareness and publicity initiatives and well as the distribution of educational materials, several publications and journals
1975
A number of criminological works in a series entitled South African Studies in Criminology are published
1979
NICRO pioneers community service orders in Cape Town as an alternative to imprisonment, an initiative which has a profound and lasting impact on NICRO’s service delivery, as embodied in the Diversion Programme
1986
Support services to victims of political unrest and political detainees are officially sanctioned
Late 1980s
NICRO begins rendering services to victims and witnesses of crime and violence, and victim support services, known as the Action For Safety programme, are formally introduced
1990
NICRO commits to appointing staff on a non-racial basis and to delivering services on a needs basis in defiance of state policy and the organisation risks losing state funding
1992
Justice for the Children: No Child should be Caged campaign is launched by NICRO, the Lawyers for Human Rights and the Community Law Centre at the University of Cape Town after 13-year old Neville Snyman held on charges of shoplifting is brutally murdered by cell mates in the small town of Robertson in the Western Cape
1992
NICRO, senior state prosecutors and Lawyers for Human Rights launch the first formalised diversion programme in South Africa in Pietermaritzburg and Cape Town, handling nearly 200 cases in the first 18 months
1992
NICRO officially takes an abolitionist stance against the death penalty
1993 – 1996
The Diversion Programmes expands nationally and new interventions are developed and introduced: the Youth Empowerment Scheme (YES), the Journey Leadership Programme and Family Group Conferencing
2001
NICRO embarks on a strategic change process to review the past and plan a new future for the organisation
October 2003
NICRO’s new organisational vision, mission and strategic objectives are presented and accepted at the Biennial General Meeting
2006
NICRO hosts a national colloquium for stakeholders from the judicial sector to discuss alternatives to imprisonment
2007
NICRO adopts a new legal identity and is officially registered as a Section 21 Company (Not for Gain)
2008
NICRO launches its Non-Custodial Sentencing Service
2010
NICRO’s centenary year marks radical changes to the organisation’s business model and a total commitment to achieving organisational effectiveness, efficiency, long-term sustainability and overall macro success. NICRO, driven by its vision for a safe South Africa, currently pursues five high level strategic themes: